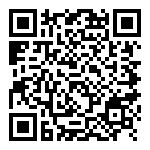 DONCASTER LAKESIDE – 3000+ BH Gull, 2 (2cy) CASPIAN GULLS were in the pre-roost one of which left towards Potteric prior to the second bird being located, second bird was much darker with a more indistinct necklace than the first, also 300+ Herring Gull, c.15 LBB Gull, 2m Pochard, a mermuration of c.1000 Starling (Chris Robinson)

Spurn is an are of natural beauty, please protect this national and unique treasure for ALL of us to enjoy – visitors, residents and future generations.
The YWT should use their existing visitor centre ‘the Blue Bell Visitor Centre’ which was given to them NOT a new-build!
Why would you wish to spoil the fantastic view down the peninsula with a 2 store building over six and a half metres tall and a large car park?
Spurn Bird Observatorry publicly announce their strong opposition to the Yorkshire Wildlife Trust’s plans. A strong statement that the proposed visitor centre is in totally the wrong location from a conservation, recreational disturbance & bird welfare point of view.
To sign the ipetition objecting to the proposal go to GAZPICSVIEW.WORDPRESS.COM

As you may be aware, the new Spurn Bird Observatory is almost complete and will be opened by Mike Dilger at 2pm on Sunday 27th March. All are welcome.

LOCAL – Weather: mainly clear skies until midday then cloudy/overcast thereafter, dry throughout. Visibility: mainly poor, occasionally good, moderate and very poor until late morning, then very good/excellent for the rest of the day and through the evening. Temperatures: -3.5° to +6.3°C. Wind: very light throughout, very variable in direction but settling on S by early evening. Surface pressure at 0000UTC: starting on 1028hPa and fluctuating beteen 1028 and 1027hPa until early afternoon, then falling to end the day on 1020hPa. Fronts etc.: a N/S warm front moved E towards the District as the evening progressed.

This site uses Akismet to reduce spam. Learn how your comment data is processed.