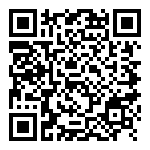 As a young boy Jim grew up in the mining community of Dunscroft, where, at the age of 14 he took an apprenticeship as a fitter at Hatfield Main Colliery where he remained until retiring through ill health in the mid 1980’s.

Until he took up birdwatching on a regular basis, Jim’s other two passions were gardening, rose growing being his main interest in that field and cage and aviary birds which involve him in exhibiting and judging in all of these.

I first met Jim in the late 1990’s through former DDOS member ‘big’ Al Thompson and over the following years we had many birding holidays both abroad and in the UK, quite often Mark Roberts would accompany us  and the three of us and a few stalwart members would attend every field trip the Society arranged.

If ever we went on a ‘twitch’ we would all snigger discretely behind Jim’s back as we watched him dive out of the car before it stopped and then running down the road, he would invariably be the first of us on site to get pole position.

I have only just found out that Trev Feltham, who was in his 70s, passed away on 14th July following a diagnosis in May of him having some form of cancer. Trev was a Donny and Barnsley birder who I have known since the early 1980s when he took up local patch birding at Denaby Ings and other sites in the Dearne Valley.

In the mid-1990s Trev did some bird survey work on land surrounding Potteric Carr towards a mitigation claim by DMBC against land developers that would eventually result in establishing one of the nature reserve’s ecological buffer zones, the iPort lakes. Trev found a Pectoral Sandpiper and the first Leach’s Petrel at Potteric Carr. He went on to work for the RSPB doing estate maintenance at their Old Moor reserve.

Trev was a character and often controversial, but he was passionate about his two interests, birding and steam locomotives. Since 2008 the latter interest dominated his leisure time, going to heritage railway sites, especially the Great Central Railway at Loughborough, where he got great pleasure from photographing preserved, working steam engines.

Whatever Trev did he was accomplished and strived for excellence and I am saddened to lose him as a friend.