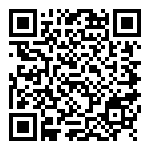 There are a number of species breeding or potentially breeding in the Doncaster District which are either rare breeders nationally or Doncaster is there northern outpost, and if publicised may attract too much attention either from egg collectors or over-enthusiastic year-listing birders, and this attention may result in unnecessary disturbance to the birds.

It has therefore been decided that these species when clearly on breeding territories will not be shown on Doncaster Birding, but so that the records are not lost, I will put them on the RSPB/BTO Birdtrack system, and will set the SENSITIVE signal so that they do not go into the public domain (see also below). The birds that I think are relevant, though there may be others, are listed below:

Black-necked Grebe (away from sites where already in public domain)

Spotted Crake  (other than large general locations such as Thorne Moors).

Bittern (away from sites where already in public domain)

Avocet (away from sites where already in public domain)

Mediterranean Gull (away from sites where already in public domain)

Others may be added as they arise as breeding species in the Doncaster District. If I’ve missed any that should be on, please let me know.

I have set up a record on the DDOS’s behalf on Birdtrack record which allows me to enter individual finder’s names, so the records are available to RSPB/BTO, but are not open to public scrutiny. Unfortunately, it is not possible to enter single records such as ‘a pair bred at……’. It requires actual date of observation, name of observer/s, number of birds and their age ie adults or juvs, whether singing males, displaying, in breeding habitat etc., so if submitting records for inclusion in this way please ensure that the details above are given.

This site uses Akismet to reduce spam. Learn how your comment data is processed.